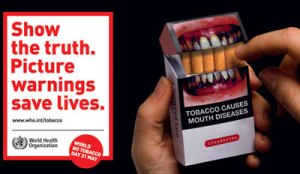 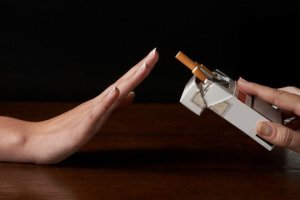 Smoking is one of the most difficult addictions to break. Scientists estimate that cigarettes are more addictive than cocaine, heroin, or alcohol. According to the World Health Organization, smoking kills more people than any disease in the world. With all this information readily available, why do people continue to smoke?

Most people who smoke do so because they can’t stop. Nicotine is a highly addictive substance that makes people feel energized and alert. Smokers get a rush after a cigarette, and giving up produces withdrawal symptoms that include difficulty sleeping and cravings. Seventy percent of people who quit smoking eventually start again.

Tobacco advertising also has a big influence on why people smoke. For years, the industry has focused on making smoking glamorous through advertising in movies, television, and billboards. While cigarette advertising is now controlled, its influence can still be felt in the form of free samples, smoking cartoons, and the promise of cool merchandise that can be obtained in exchange for coupons printed on cigarette packs. Many people claim that smoking keeps them thin, but the truth is that smoking reduces the sense of taste; so many people who smoke simply eat less because they don’t enjoy food as much.
Smoking also produces psychological dependency. Many people smoke because it helps them relax and cope with difficult situations, or because it gives them confidence. Others smoke when they feel bored. Smoking produces a feeling of satisfaction that’s difficult to give up. Finally, people who smoke are usually in denial – they know that smoking is bad, but they convince themselves it’s simply “not as terrible as they make it sound.”
Smoking is a social activity as well. Many people who smoke do so as a way to start conversations and interact at parties or in crowded places. This is known as “social smoking,” and it usually involves alcohol as a complement.
Many teenagers start smoking due to peer pressure. They may also smoke to feel more mature or as a form of rebellion against parental authority. It has been proved that children are also more likely to smoke if their parents do.

The World Health Organization (WHO) has urged Governments to require that all tobacco packages include pictorial warnings to show the sickness and Suffering the caused by tobacco use.

The WHO will mark its No Tobacco Day with events across the globe and the kickoff to a new campaign promoting the use of pictorial warnings on tobacco products. “Show the truth, picture warnings save lives,” is the message and the theme of this year’s No Tobacco Day.

When the WHO says the truth, it means bleeding brains, blackened gums and bulging neck tumors. “Although some people question the need for such pictures, the evidence is absolutely clear that they convince people to quit,” said Douglas Bettcher, the head of the WHO’s Tobacco Free Initiative.
“Disgust, fear, sadness or worry” triggered by the graphic images can effectively discourage smoking. Bettcher said the images are the most effective way to communicate the risks of smoking to those who are unaware of the dangers as well as to those who try to block such worries from their mind when they smoke.
According to the WHO, such warning images are already used in more than 20 countries, Including Britain, Belgium, Iran, Peru and Malaysia, although nine out of ten people live in countries that do not require their use.
The UK’s 10 million smokers should brace themselves – from 1st October the UK will be the first country in the EU to introduce graphic picture warnings on all tobacco products. Shocking pictures, including images of rotting lungs and throat cancer, will replace the written warnings currently featured on cigarette packs.

The WHO Framework Convention on Tobacco Control obliges its 160 signatory countries to require health warnings on packaging, which describe the Harmful effects of tobacco use. The convention does not make it mandatory for warnings to also include pictures.
In addition to compelling warnings, the WHO campaigns to cut tobacco use internationally by eliminating smoking in public buildings, imposing high taxes on tobacco products and banning tobacco marketing and Sponsorships.
Today, 80 percent of the world’s smokers live in developing countries, a number that has risen in recent years due to increased marketing and production in those countries.
Different events are taking place across Europe to promote a tobacco free world. In Bosnia-Herzegovina, there will be a performance by the Sarajevo Drum Orchestra, information and advices booths as well as the games in the main square in Sarajevo.
In Italy, there will be a conference on Italian health policies, the prevention and treatment of tobacco-related Illnesses and the promotion of a smoke-free culture.
In the Czech Republic, a group of about 80 people will climb Snezka, the country’s highest mountain and a symbol of clean water. 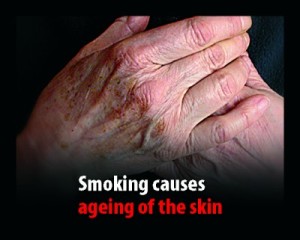