Women are at risk for elevations of blood pressure during their pregnancy. An elevated blood pressure ≥140/90 mm Hg associated with significant protein in the urine, which occurs in the second half of pregnancy, is known as preeclampsia. Preeclampsia can vary in severity from women without any symptoms and a mild form to significant symptoms and laboratory alterations resulting in a severe, dangerous condition. Untreated preeclampsia may lead to eclampsia (seizures during pregnancy). Preeclampsia usually resolves after delivery of the fetus and placenta. However, women who develop preeclampsia appear to be at increased risk for developing cardiovascular complications later in life. Therefore, regular healthcare follow-up is essential in these women.

Preeclampsia is a hypertensive condition that women develop during the second half of pregnancy (after 20 weeks gestation or postpartum). It is characterized by high blood pressure and protein in the urine. This can occur in women with or without preexisting high blood pressure. This condition occurs in 5% to 8% of pregnancies and may involve other systems, such as the liver. Preeclampsia may result in poor growth of the fetus. HELLP (Hemolysis, Elevated Liver enzymes, Low Platelet count) syndrome is a severe form of preeclampsia with laboratory findings of anemia, low platelets, and elevated liver enzymes. The treatment for preeclampsia is delivery of the fetus and the placenta. Occasionally, preeclampsia can take several weeks or months to resolve after delivery.

What Are the Risk Factors for Development of Preeclampsia?

A past history of preeclampsia, particularly if the previous episode was severe

A family history of preeclampsia in a first-degree relative:

What Signs and Symptoms Should I Look for During Pregnancy?

Many women with preeclampsia do not have symptoms. However, severe preeclampsia may cause any of the following:

If you have any of these symptoms during pregnancy, you should alert your healthcare providers. These symptoms are not always associated with preeclampsia. However, it is important to consider this diagnosis.

How Is Preeclampsia Diagnosed?

How Does Preeclampsia Affect My Body and My Fetus?

Preeclampsia can affect many organ systems, including the lungs, kidneys, liver, heart, and neurological system. Women with preeclampsia are also at increased risk for placental abruption, which is separation of the placenta from the wall of the uterus, which presents as vaginal bleeding. Preeclampsia may result in poor growth of the fetus. It may result in a reduction in the amount of amniotic fluid that surrounds the fetus in the uterus. You may have frequent ultrasound monitoring of the baby to monitor for poor growth, unusual blood flow patterns in the umbilical cord, and low amniotic fluid. Women who develop preeclampsia are at increased risk for developing cardiovascular complications later in life, and regular healthcare follow-up is essential in these women.

How Is Preeclampsia Treated?

The only treatment for preeclampsia is delivery. Most women can have a vaginal delivery. It is important to treat the high blood pressure with medications. Commonly used medications include β-blockers, α-methyldopa, and calcium channel blockers. Typically, magnesium sulfate is used during labor and delivery and in the postpartum period, as well, to prevent seizures. It is likely that you will have frequent visits with your obstetrician if you are diagnosed with preeclampsia to closely follow your blood pressure, symptoms, and the growth of the fetus. If preeclampsia is severe or early, this may lead to prematurity in the fetus. You may be admitted to the hospital for monitoring, and your obstetrician will work with you to determine the safest time for delivery.

If I Have Elevated Blood Pressure in Pregnancy, Do I Have Preeclampsia?

Not necessarily. There are several conditions that result in high blood pressure during pregnancy (Table).

Preventative measures against preeclampsia have been heavily studied. Because the pathogensis of preeclampsia is not completely understood, prevention remains a complex issue. Below are some of the currently accepted recommendations. 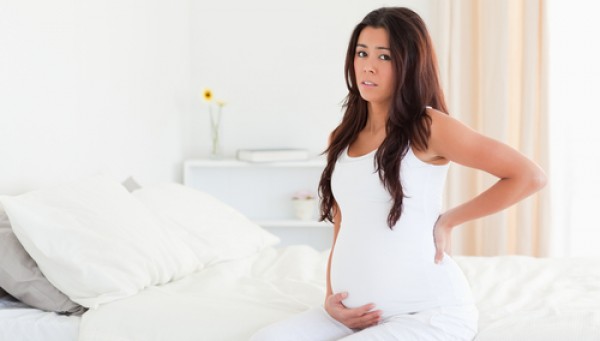